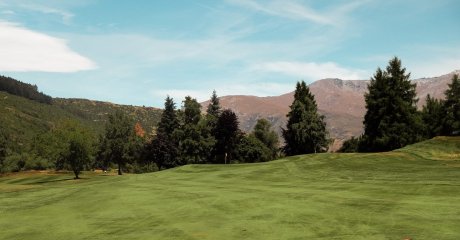 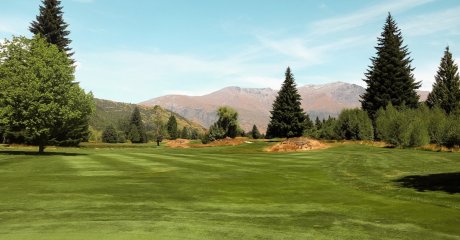 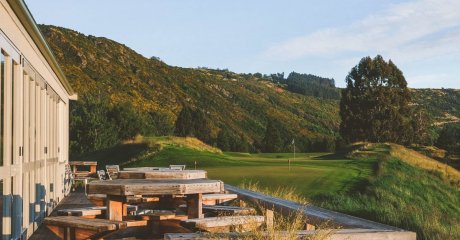 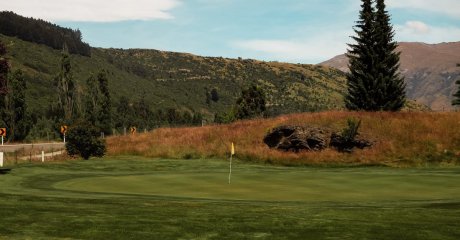 From small beginnings the Arrowtown Golf Club has built a first class course, regarded by many as one of the finest country courses in New Zealand.

In 1911, a six hole course was made just outside the Arrowtown Borough boundary. Such enthusiasm was shown that it was common to see a lady member mowing greens with a hand mower. This club was later disbanded, and in 1935, 12 people formed a new club and acquired 90 acres of land on the Arrowtown-Arrow Junction Road. This was developed the hard way with rakes, wheelbarrows and hand mowers, and once formed had to be maintained by members. This nine hole course, one of the most picturesque in the country, set among mountains, with elevated terrain interspersed with trees was opened in 1936.

The first clubrooms were obtained from the Anglican Church, being one of their outbuildings and were purchased for £15.0.0.

Affiliation with the New Zealand Golf Association was sought in 1946 and granted in 1947.

The present clubhouse was built in 1956-57 with the help of voluntary labour supplied by members.

In 1971 the club acquired and developed 53 acres of leasehold land on the opposite side of the road from the nine hole course. This has been incorporated in the existing course to provide an 18 hole course of an exceptional standard. Advice on the layout was given by Mr B.V. Wright, who with Mr. Reg Romans was responsible for the original nine. Mr Romans, who was then Secretary of the club went overseas with the 23rd Battalion of the 2nd NZEF and became a Lieutenant Colonel with a DSO. Mr Romans died from wounds during the campaign in Italy in 1948.

bringing water to the party

Water, which was originally purchased from the Ministry of Works Irrigation is now obtained from a creek coming down from Crown Terrace and is gravity fed to the course. In recent years the course has undergone some major developments including a full fairway & greens irrigation project completed in 2001. The clubhouse was also upgraded at the same time and now offers spectacular views over the front nine and the mountains beyond.

At present a number of new tees are being constructed, while existing tees are being renovated to further enhance and strengthen the course. Look out for some new green developments in the near future as well. We are in the process of developing an overall course plan to complement future course developments. New machinery purchased in recent years has also been instrumental in further establishing the course as a spectacular golfing experience. 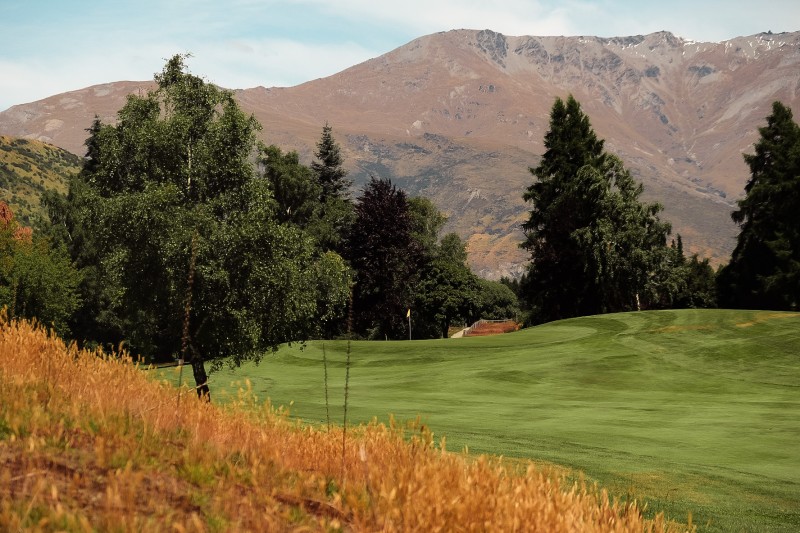 The Arrowtown Golf Club is situated on land which was originally settled by the Shanahan family.

Thomas Shanahan was born in 1879 and resided in the Shanahan cottage (situated at the 11th hole on the Arrowtown Golf Course) until 1899 when, with 12 other young men, he sought selection to represent the Lake District at the Boer War.

On winning selection he was given a bridle, a saddle and his fare to Dunedin where he joined the Otago Mounted Rifles. He served as a "Rough Rider" in South Africa until the end of 1901.

On his return, Thomas joined the New Zealand Police as Superintendent of Police of the Christchurch District in 1944. Thomas died in 1965 aged 86 years.